The U.S. jobless rate may top 20% in May or June before the economy starts to recover later this year, a top White House adviser said. A Fed official warned “the worst is yet to come.”

The U.K. government’s “stay alert” message meant to urge more people back to work was called “vague and imprecise” by Scotland’s leader. Saudi Arabia and the U.A.E. had the biggest rise in new cases.

Subscribe to a daily update on the virus from Bloomberg’s Prognosis team here. Click VRUS on the terminal for news and data on the coronavirus. See this week’s top stories from QuickTake here.

The state’s new hospital cases fell to 521, “taking us back to where we started this hellish journey,” he said.

Italy registered the lowest number of new cases and fatalities since early March — roughly when the country’s lockdown began — as Prime Minister Giuseppe Conte said he may take the next step in easing a national lockdown earlier than planned.

Conte, under pressure from coalition allies, regional and business leaders as well as public opinion after two months of containment measures, told newspaper Corriere della Sera that bars, restaurants and barbers could be allowed to reopen before June 1, the date previously set by the government. Shops are due to reopen May 18.

The U.K. reported the fewest deaths since March 29 at 269. That brings total fatalities to 31,855, according to health department figures on Sunday. Prime Minister Boris Johnson is expected to make only limited changes to the lockdown when he speaks to the nation.

Scottish First Minister Nicola Sturgeon said the new slogan to “stay alert” was “vague and imprecise,” and said her administration would be sticking to its guidance for people to stay at home.

Ohio Governor Mike DeWine said the public’s confidence will determine when the state can return to more normal activities, even as the state is set to reopen almost all businesses by the end of this week.

“The economy’s not going to open no matter what we do, whatever we order, unless people have confidence,” DeWine said on “Fox News Sunday.”

DeWine, a Republican, said he would veto any legislation that would limit a governor’s power to issue stay-at-home orders for more than two weeks, a proposal being discussed by lawmakers after numerous street protests demanding the state reopen.

“The worst is yet to come on the job front, unfortunately,” he said on ABC’s “This Week,” after unemployment surged to 14.7% in April as employers cut an unprecedented 20.5 million jobs. “It’s really around 23, 24% of people who are out of work today, and if this is a gradual recovery the way I think it’s going to be, those folks are going to need more help.”

White House Economic Adviser Kevin Hassett on CBS’s “Face the Nation” said unemployment could peak “north of” 20% and that May or June will likely be the trough for the jobs market, with some recovery in the second half, “God willing.”

Iran is quarantining part of the oil-rich southwest of the country for the next week, with all main routes into the area closed, the semi-official Tasnim news agency reported.

All banks, offices and businesses in Abadan county, which is home to the Middle East’s oldest oil refinery and the traditional heart of Iran’s energy industry, will be shut, Tasnim said, citing the public affairs office of the county governor.

The resumption of flights, following the April 1 suspension, would depend on factors including the rate of infections in France, and “harmonized” health measures with other European and Mediterranean countries, Junior Transport Minister Jean-Baptiste Djebbari told RTL radio on Sunday. The ministry asked airlines to submit flight schedules by June 15, he said.

German Reproduction Rate Back Above One (9 a.m. NY)

Germany’s so-called reproduction factor, which reflects the number of additional cases directly generated by one infected person, is back above one. The number — known as R-naught — increased to 1.1 from 0.89, according to the latest situation report from the country’s public health authority published Saturday evening. R-naught needs to be below 1 to contain the virus spread.

Zambia will temporarily shut its border with Tanzania on Monday, a day after the country recorded its highest number of daily cases in the border town of Nakonde. The country has to date recorded 267 cases including seven deaths. The border is a key transport route for copper exports from Africa’s second-largest producer of the metal.

The Netherlands reported 18 new deaths, the lowest since March 18, bringing the total to 5,440. Hospital intakes, another key metric, rose by 22, the lowest since the measure started being reported daily in late March. New confirmed cases fell to the lowest in four days, with the overall count rising by 245 to 42,627.

Demonstrators appeared in malls across Hong Kong, including the Tsim Sha Tsui, Mong Kok, Taikoo Shing and Sha Tin districts, chanting anti-government slogans and singing protest songs. The police warned them that they were in violation of rules against group gatherings put in place to fight the epidemic.

Prime Minister Giuseppe Conte said he may further ease Italy’s lockdown earlier than planned, while urging the European Union to ensure that resources from a new recovery fund are available in the second half of the year to help the country’s devastated economy.

Conte told newspaper Corriere della Sera that ahead he sees “a sharp fall in GDP and the economic consequences will be very painful.” He’s under pressure from coalition allies, regional and business leaders as well as public opinion after two months of containment measures to counter the coronavirus.

Italy partially eased the lockdown on May 4, allowing manufacturing and construction companies to restart, with shops due to reopen on May 18. Bars, restaurants and barbers are scheduled to begin operating again on June 1, a date that may be brought forward.

The United Arab Emirates reported 781 new infections in its highest daily jump in coronavirus cases. The rise comes after the country relaxed measures aimed to curb the spread of the virus during the holy month of Ramadan. The Gulf nation has 18,198 confirmed virus cases including 198 fatalities.

Kuwait, which imposed a 20-day full curfew starting Sunday to contain the spread of the virus, reported 1,065 cases, taking the total to 8,688 with 58 deaths.

With 83 new admissions and 231 patients being discharged in the past 24 hours, a total of 2,222 Belgians are being treated in hospitals. An additional 75 fatalities, down 1 from the prior day, takes the total death toll to 8,656. More than half of the Belgian fatalities so far occurred in senior care homes.

Spain had an additional 143 deaths from the virus in the past 24 hours, the lowest since March 18 and down from the 179 reported Saturday, according to Health Ministry data. The total number of cases rose by 621 to 224,390.

The drop in fatalties comes as about half the country’s population awaits a further easing of lockdown restrictions starting Monday.

Ahead of Prime Minister Boris Johnson’s televised statement on the U.K.’s virus lockdown on Sunday evening, the government defended its transition from a “stay home” to a “stay alert” message as it tries to reopen the economy.

“We want now to have a message which encourages people to go to work,” Communities Secretary Robert Jenrick told Sky News. “Staying home will still be an important part of the message, but you will be able to go to work and you will in time be able to do some other activities that you’re not able to do today.”

Still, Jenrick reiterated that the government will move cautiously as it changes lockdown rules. The key will be to monitor the impact of any easing, to ensure the virus doesn’t return to exponential growth.

Scotland’s First Minister Nicola Sturgeon said in a Twitter post that the Sunday papers were the first she’s seen of the new slogan. “#StayHomeSaveLives remains my clear message to Scotland at this stage,” she said.

Singapore confirmed 876 new cases of Covid-19 infection as of Sunday noon, raising the total count in the city state to 23,336. The vast majority of cases are work permit holders residing in dormitories, while three are Singaporeans and permanent residents.

So far, 20 people have died from the infection in the city.

Iran plans to reopen schools “on a limited basis” from May 16 after being shut down for 11 weeks because of the pandemic, Education Minister Mohsen Haji Mirzaei said. Attendance won’t be mandatory.

New fatalities from the coronavirus in Germany were the lowest in more than a month as the country eases its containment measures.

In the past 24 hours through Sunday morning 39 people died, according to data from Johns Hopkins University. That’s the fewest deaths on a daily basis since March 31. There were 736 new infections, the lowest in five days, bringing the country’ total to 171,324. 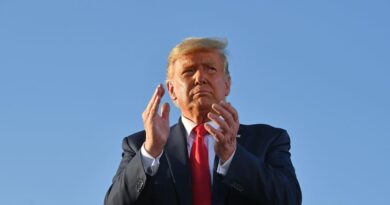 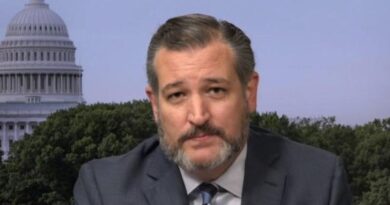 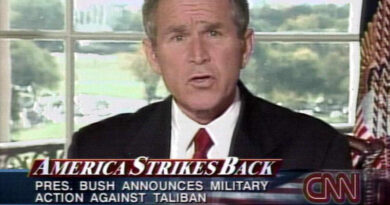 As Biden Pulls Out of Afghanistan, How Much Do Americans Care?