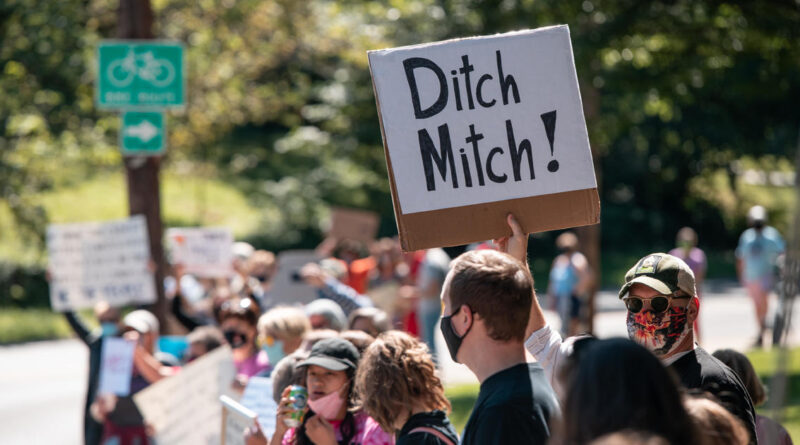 ActBlue, the platform used by Democrats to raise funds online, saw a massive surge in donations following the death of Supreme Court Justice Ruth Bader Ginsburg on Friday night. In the hours between 9 p.m. ET Friday, when news of Ginsburg’s death was widespread, to 9 a.m. ET Saturday, over $30 million was donated through the site.

ActBlue publicly tracks total donations going back to 2004 on its homepage, where users can search for causes and candidates to support. The real-time tracker has been rising by tens of thousands of dollars every second since news of Ginsburg’s death — and the announcement from Senate Majority Leader Mitch McConnell that he would move forward with a vote to replace her as soon as possible.

“President Trump’s nominee will receive a vote on the floor of the United States Senate,” McConnell said in a statement on Friday evening.

According to ActBlue’s tracker, the platform brought in about $17 million between the hours of 9 p.m. ET, just after McConnell’s statement, and midnight.

In the same statement where he mourned the death of Ginsburg, McConnell also argued that it was not hypocritical to vote on her vacancy so close to the election, despite that he refused to do so four years earlier. The Republican Party now controls both the Senate and the White House.

“In the last midterm election before Justice Scalia’s death in 2016, Americans elected a Republican Senate majority because we pledged to check and balance the last days of a lame-duck president’s second term. We kept our promise,” McConnell said. “By contrast, Americans reelected our majority in 2016 and expanded it in 2018 because we pledged to work with President Trump and support his agenda, particularly his outstanding appointments to the federal judiciary. Once again, we will keep our promise.”

A spokesperson for ActBlue said the company does not currently have information on where the majority of donations since Friday night were directed. While it’s not yet clear exactly where the bulk of the money is has been given, Crooked Media, the organization started by former top Obama staffers that is behind popular podcast Pod Save America, said Saturday that donations are significantly up to their fundraiser “Get Mitch or Die Trying.”

President Trump echoed McConnell’s statement on Saturday morning, when he tweeted that GOP members “were put in this position of power and importance to make decisions for the people who so proudly elected us.” Adding, “the most important of which has long been considered to be the selection of United States Supreme Court Justices. We have this obligation, without delay!”

News of Ginsburg’s death, which disrupted the delicate balance on the Supreme Court, also appears to have galvanized left-wing political organizations to step-up donations and voter registration.

NextGen America, a progressive advocacy nonprofit and political action committee created by former Democratic presidential candidate Tom Steyer, announced Saturday that in light of the court opening, it is running new ads on social and streaming platforms that highlight the importance of electing Democrats to the Senate.

The ads, which will target 18 to 35-year-olds, will run in the critical states of Maine, North Caroline, Iowa and Arizona. The major media buy is in in addition to six-figure deals the group already has in those states.

Joe Biden and McConnell’s Democratic challenger Amy McGrath, both sent messages to supporters on their fundraising email lists about Justice Ginsburg on Friday night, though neither solicited donations or provided a fundraising link in their emails.

The Trump campaign was also fundraising off the Supreme Court vacancy on Saturday.

While Democrats are seeing a surge in online fundraising, it’s difficult to say what this moment is doing for Republican fundraising. The WinRed platform used by GOP candidates does not have a public tracker of donations akin to ActBlue’s.

More will be known about the impact of Ginsburg’s exit, and the GOP’s reaction, by the end of the month, when Senate candidates’ fundraising quarter ends as well as in mid-October when Federal Election Commission filings are due.

Sarah Ewall-Wice contributed to this report.

Murder at the Mall: The Michelle Martinko Case 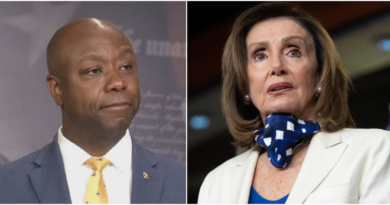 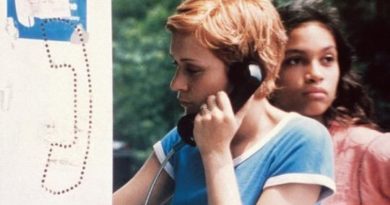