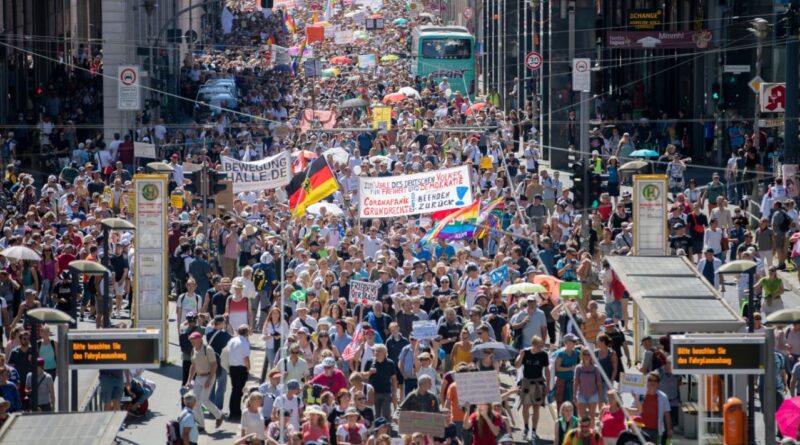 Congressional leaders and White House officials bickered over details of a proposed $1 trillion package Sunday, with stimulus checks, jobless benefits and relief for small businesses hanging in the balance.

All sides agree that progress was made in talks Saturday, but on Sunday no one spoke optimistically about a deal coming soon. Among the major sticking points: what will replace a $600 weekly unemployment benefit supplement that expired last week. That bonus more than doubled unemployment checks for tens of millions of Americans left jobless by months of the pandemic-driven recession.

“We have to balance,” Treasury Secretary Steven Mnuchin said Sunday on ABC’s “This Week.” “There’s obviously a need to support workers, support the economy. … On the other hand, we have to be careful about not piling on enormous amounts of debt.”

Texas was among several states setting records for deaths in a week. One physician lamented that he was fighting a “war against COVID and a war against stupidity.” South Dakota is undeterred, prepping to host 250,000 bikers for the 10-day Sturgis Motorcycle Rally that opens Friday.

Here are some significant developments:

📰 What we’re reading: Online school? Some parents want to hire tutors, start mini schools this year. Most can’t afford to.

Our live blog is being updated throughout the day. Refresh for the latest news, and get updates in your inbox with The Daily Briefing.

MLB, NFL players opt out of season due to COVID-19

More pro baseball and football players have opted out of their 2020 seasons because of the pandemic. Sunday afternoon, New York Mets outfielder Yoenis Cespedes didn’t show for a Sunday afternoon game. The team later announced he has dropped out for the season. “We will support him in that decision,” New York Mets general manager Brodie Van Wagenen told reporters after the game. “It was surprising, without question.”

Saturday, New England Patriots’ veteran tight end Matt LaCosse became the eighth player on the team to pull out for the season. The Patriots have had the most opt-outs in the NFL.

In college football, a group of Pac-12 athletes released a statement Sunday threatening to opt out of the 2020 season. They said they’re being asked to play without “enforced health and safety standards, and without transparency about COVID cases on our teams, the risks to ourselves, our families, and our communities.”

Insulin or groceries: Jobless on edge while Washington debates stimulus

Millions of out-of-work Americans are in limbo without the now-expired $600 bump in weekly unemployment benefits provided by the federal government. While lawmakers negotiate the next stimulus package, jobless claims remain historically high and the checks have shrunk. Thomas Darnell, 48, of West Point, Mississippi, can collect a maximum of $235 per week from his state. He and his wife are diabetic and have no health insurance.

“If we lose that extra money, it’s going to be impossible to survive,” Darnell said. “Do we buy insulin or groceries? It’s a hard juggle.”

South Dakota is bracing to host more than 250,000 bikers when the 80th edition of the Sturgis Motorcycle Rally opens Friday. The 10-day event, which could be the biggest gathering anywhere in the U.S. since the pandemic began, will offer local businesses a chance to make up for losses caused by the coronavirus. In a survey of 7,000 Sturgis residents, more than 60% said the rally should be postponed. Businesses are being urged to encourage social distancing and other guidelines aimed at curbing the pandemic. Many residents say that isn’t enough.

“This is a huge, foolish mistake to make to host the rally this year,” Sturgis resident Lynelle Chapman told city counselors in June. “The government of Sturgis needs to care most for its citizens.”

John Pepper used a PPP loan to pay employees at some of his Massachusetts restaurants. But the money is gone and his staff of 125 is down to 50. “At this moment, I don’t see getting my full payroll back,” he says.

The White House and Congressional Democrats blamed each other Sunday for the current deadlock in the deliberations over a new stimulus deal to combat the impacts of the coronavirus. House Speaker Nancy Pelosi, D-Calif., placed blame for the impasse in deliberations on President Donald Trump and Republican leadership.

“Talk to President Trump. He’s the one who is standing in the way of that,” Pelosi said on ABC’s “This Week” regarding weekly federal unemployment benefits expiring. “We have been for the $600, they have a $200 proposal, which does not meet the needs of America’s working families.”

Treasury Secretary Steven Mnuchin, appearing on the same telecast, pressed a recurring GOP them that the $600 weekly jobless benefits bonus, paid on top of state payouts averaging less than $400 per week, created a disincentive to return to work.

The U.S. is in a new and far more widespread phase in its fight against the coronavirus than when the pandemic first raced across the nation in the spring, the White House coronavirus task force coordinator said Sunday. Dr. Deborah Birx, speaking on CNN’s “State of the Union,” warned that rural America should not feel immune to the virus, which has thus far been more damaging in urban areas. She said the national death toll, which some experts have estimated could double to more than 300,000, depends on how well southern and western states promote mitigation efforts.

“It is extraordinarily widespread,” Birx said. “This epidemic right now is different and it’s more widespread and it’s both rural and urban.”

Ahead of storm, Florida reports drop in new cases, deaths

Florida reported less than 7,200 new cases of the coronavirus and 62 deaths Sunday, both numbers markedly lower than recent days. It was not clear what impact the state’s closure of scores of testing sites and preparations for Tropical Storm Isaias had on reporting. The state has averaged more than 9,000 new cases per day the last few weeks. Florida also reported more than 100 deaths on multiple days last week, including 257 deaths Friday. Daily death totals, however, are not a reflection of the exact numbers of deaths that day, but rather the number of deaths recorded and reported.

Florida, where Gov. Ron DeSantis has been lobbying for in-class options as schools begin to open next week, spiked to a new record with 1,245 deaths despite a lull in numbers reported Sunday.

Texas doctor fighting ‘war against COVID and a war against stupidity’

Texas, battling a spike in coronavirus cases, set a state record for deaths in a week with 1,875. At least one top physician in the state is upset by the public’s unwillingness to wear masks, practice social distancing and otherwise join the battle to halt the pandemic.

“I’m pretty much fighting two wars,” Dr. Joseph Varon told NBC News in Houston. “A war against COVID and a war against stupidity. And the problem is the first one, I have some hope about winning. But the second one is becoming more and more difficult.”

Varon, chief medical officer of United Memorial Medical Center, said that although science and common sense dictate some of the measures, “people just are not listening throughout the country.”

“The thing that annoys me the most is that we keep on doing our best to save these people, and then we get another batch of people who are doing exactly what we are telling them not to do,” Varon said.

Australia’s Victoria state declared a “state of disaster” on Sunday and instituted tight restrictions aimed at curbing a surge in COVID-19 cases. An evening curfew was implemented across Melbourne from 8 p.m. to 5 a.m. Authorities also announced 671 new coronavirus cases had been detected since Saturday, including seven deaths. Residents of Melbourne, a city of about 5 million people, will only be allowed to shop and exercise within 3 miles of their homes. All students across the state will return to home-based learning and child care centers will be closed.

“We can’t allow this to drag on. And I’m sure everyone would rather get on top of it as quickly and decisively as we possibly can,” Victoria Premier Dan Andrews said. “And the only way to do that is to rip the Band-Aid off, go harder – and do it now.”

Major League Baseball, struggling to continue its shortened season amid coronavirus outbreaks, took another hit when the Boston Red Sox announced that pitcher Eduardo Rodriguez is done for the season. Rodriguez, 27, had tested positive for the coronavirus before the start of Boston’s summer camp. He was cleared to return to team workouts on July 18, but had not been activated because he developed myocarditis — a heart condition — after recovering from COVID-19. The team says Rodriguez is expected to make a full recovery. Rodriguez said on July 19 that his bout with the coronavirus had left him feeling “100 years old.”

“I’ve never been that sick in my life, and I don’t want to get that sick again,” he said.

The Food and Drug Administration’s list of hand sanitizers to avoid because they may contain methanol continues to grow. The FDA’s “do-not-use list of dangerous hand sanitizer products” now includes 101 varieties of hand sanitizer that should be avoided – some that have already been recalled and other products being recommended for recalls. Methanol is a toxic substance when absorbed through skin or ingested.

The FDA says it has seen an increase in number of “adverse events, including blindness, cardiac effects, effects on the central nervous system, and hospitalizations and death, primarily reported to poison control centers and state departments of health.”

On Facebook: There’s still a lot unknown about the coronavirus. But what we do know, we’re sharing with you. Join our Facebook group, “Coronavirus Watch,” to receive daily updates in your feed and chat with others in the community about COVID-19.

In your inbox: Stay up-to-date with the latest news on the coronavirus pandemic from the USA TODAY Network. Sign up for the daily Coronavirus Watch newsletter here.

Tips for coping: Every Saturday and Tuesday we’ll be in your inbox, offering you a virtual hug and a little bit of solace in these difficult times. Sign up for Staying Apart, Together here. 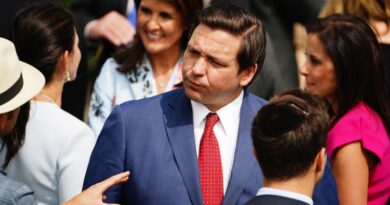 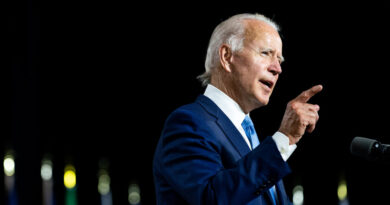