President Trump has vetoed a bipartisan resolution requiring congressional approval for the military use of force in Iran, declaring the resolution an “insult” crafted by Democrats to win the November election.

The veto is likely to stick, since Congress is highly unlikely to have the votes to overturn it. In a defiant written message Wednesday, the president explained why he vetoed the resolution. The resolution came after the U.S. killed Iranian general Qassem Soleimani, and tensions between the U.S. and Iran rose to threats of war.

“Today, I vetoed S.J. Res. 68, which purported to direct me to terminate the use of United States Armed Forces in hostilities against Iran.  This was a very insulting resolution, introduced by Democrats as part of a strategy to win an election on November 3 by dividing the Republican Party. The few Republicans who voted for it played right into their hands,” the president’s statement says.

The president claimed the resolution implies that his constitutional authority to use military force is “limited to defense of the United States and its forces against imminent attack.”

“That is incorrect,” the president continued. “We live in a hostile world of evolving threats, and the Constitution recognizes that the president must be able to anticipate our adversaries’ next moves and take swift and decisive action in response. That’s what I did! Congress should not have passed this resolution.”

Senator Tim Kaine, who introduced the resolution, urged his colleagues to override the president’s veto.

“Last year, in President Trump’s State of the Union remarks, he said: ‘Great nations do not fight endless wars.’ But instead of following through on his word, President Trump vetoed legislation that would help avoid unnecessary war in the Middle East. I urge my colleagues to join me in voting to override his veto. Unless there’s a carefully reached consensus in Congress that war is necessary, we should not be sending our troops into harm’s way,” the Virginia Democrat said in a statement. 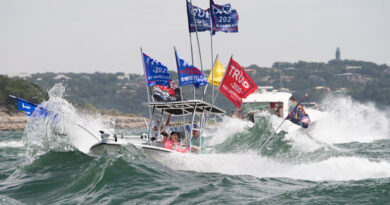 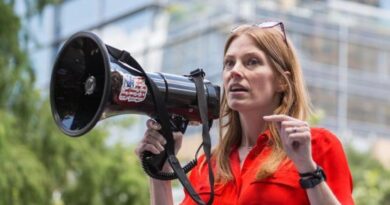 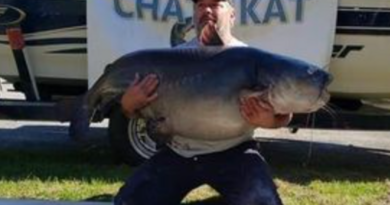 Record-setting catch of 110-pound catfish in Georgia has angler under fire. Here’s why